* In case of any delay in receiving the OTP, you may verify it later. Please proceed without verification.

Enter your City name or Pincode

Mananthavady is a town in the district of Wayanad in Kerala. It is administered by a Municipality. The town is situated on the Mananthavady Puzha River Banks which is a tributary of River Kabini. During ancient times, Mananthavady was known as ‘Hosenkadi’. The name was derived from the words ‘Mane Eytha Vady’ i.e. the place where the deer was shot by an arrow. Ambukuthy, a place near Mananthavady town strengthens the name. 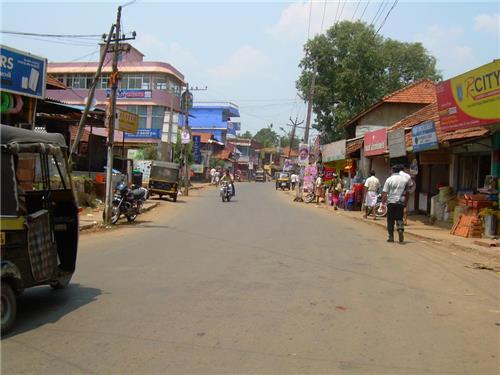 A brief history of Mananthavady

The town was under the reign of Pazhassi dynasty. Pazhassi Raja’s tomb situated at the centre of the city is a major heritage centre. The town also served as army camp for the Britishers in their campaign against Pazhassi. The tourists can still see the remains of the British reign such as canteen, barracks, club, cemetery, rest house, etc near Mananthavady. The town also served as headquarters for Adivasi Gothra Mahasabha. The town also has a District Hospital which serves tribal communities as well as less privileged sections of the district of Wayanad.

Mananthavady is situated at 11o48’ N 76o0’E and has an elevation of 760 m (2490 feet) above the sea level. The town is situated 28 Km to the north east of Kalpetta, the district headquarters, 92 Kms to the north east of Kozhikode and 80 Km to the east of Thalassery. The Thalassery-Bavali Road which passes through Mananthavady connects the town with Mysore as well as Kodagu.

Mananthavady also experiences a tropical climate. The town gets significant rainfall throughout the year. Koppen and Geiger have classified the climate of Mananthavady as Am. The annual average temperature of Mananthavady is 23.2oC and the average rainfall is 3010 mm. April is the warmest month and December is the coldest month.

Mananthavady is administered by a Municipal Office.

Mananthavady is also a popular tourist destination. Let’s see here some of the tourists attractions of the town.

This is the tomb of Pazhassi Raja who fought against the British.

The presiding deity of the temple is Mother Goddess who is worshipped in the form of Jala Durga, Vana Durga and Bhadrakali. For tribal communities, this is a major pilgrimage centre. A 15 days annual festival is held during March-April in the temple and slave trade takes place during this festival. Till date, it is the major congregation of all tribal communities in Wayanad.

This is a popular pilgrim centre which is situated 36 Km away from Mananthavady. This temple is dedicated to Lord Vishnu. The temple is situated on the foothills of Brahmagiri hills on Karnataka Border. This place is also ideal for trekking.

This is situated 1.5 Kms from the Mananthavady town.

It is located at the centre of the town and reminds the tourists of the British colonial period.

This park is located on the banks of River Mananthavady Puzha and is 1 Km away from the Panchayat bus stand. The park is also renowned for the colony of bats. Environmental activists are against the attempts to remove the bat colony by the government authorities.

The total area of the river delta system is 950 acre and this is protected by Kerala Forest Department. This island consists of evergreen forest and is home to several orchids, birds, herbs, etc. Many streams surround the island and Kerala Tourism department operates rafts as well as fiber boats through which the river could be accessed.

This is situated 15 Kms to the north of Mananthavady and was set up by Wayanad Social Service Society as well as Gene Park, the Indo Danish project for promoting herbal gardening. Nature care centre, Herbal garden, perma-culture centre, sericulture unit, etc are situated here.

This wildlife sanctuary is situated 24 Kms away from Mananthavady on the way to Coorg.

It is one of the oldest mosques of Kerala located at the centre of Pallikkal Angadi.

It is situated 25 Km away from Mananthavady on the road to Thalassery.

This is the only pine forest found in Wayanad and a must see destination.

The sanctuary came into existence in the year 1973. This wildlife sanctuary is also a protected area and rich in flora as well as fauna. This sanctuary has been established with a view to preserving the region’s biological heritage.

Services and Utilities in Mananthavady

Let’s see here some of the public utility services that are available in Mananthavady town.

Water supply in Kerala is regulated by the Kerala Water Authority who also manages the sewage water. The head office is located at:
‘Jalbhavan’,
Vellayambalam,
Thiruvananthapuram 695 033
The KWA was found in the year 1984 and it serves as an autonomous body of Kerala State Government. The official website of Kerala Water Authority is www.kwa.kerala.gov.in.

Postal and Courier Services in Mananthavady

Telecom and Broadband Services in Mananthavady

How to Reach Mananthavady

Comments / Discussion Board - About Mananthavady